Manual The Mythic Meanings of the Second Amendment: Taming Political Violence in a Constitutional Republic 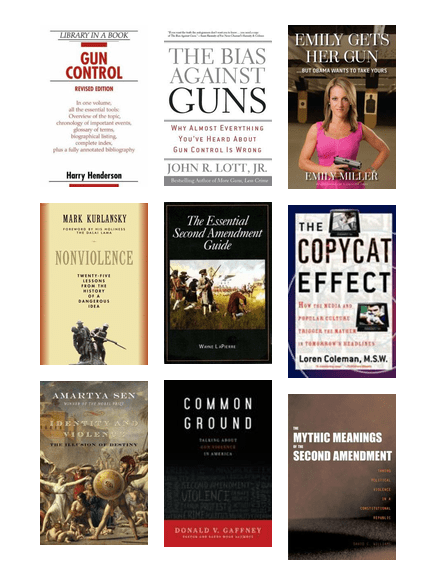 Publisher's Summary The Second Amendment, which concerns the right of the people to keep and bear arms, has been the subject of great debate for decades. Does it protect an individual's right to arms or only the right of the states to maintain militias?

In this work David Williams offers a reading of the Second Amendment: Williams argues that the Second Amendment has been based on myths about America: Neither of these myths, however, will adequately curb political violence. Williams suggests that the amendment should serve not as a rule of law but as a cultural ideal that promotes American unity on the use of political violence and celebrates their diversity in other areas of life.

The Mythic Meanings of the Second Amendment: Taming Political Violence in a Constitutional Republic

Nielsen Book Data One element allows the organized power of the state, subject to constitutional restraints, to express the common consent of the whole in suppressing factious violence in the form of insurrection or rebellion. The other recognizes the collective unity of the people and their capacity to resort to revolutionary violence against a government turned tyrannical. To be legitimate, this latter assertion of violence has to be made in behalf of the Constitution by a united people—"the Body of the People," a phrase that Williams adapts from late eighteenth-century usage.

Contemporary disputants have lost the framers' "institutionally complicated" balance 9. Those Weberians as Williams labels them who think that the amendment does not protect an unfettered individual right to bear arms or a collective right of violence ignore one part of the framers' uneasy equation; those who adhere to the "populist" myth often belong to dissident minorities who could never establish their authority to speak for a collective body of the people.

To make this claim credible, Williams has to indulge in a sleight-of-hand that appears to falsify the entire historical dimension of his argument without, however, devaluing the survey of contemporary attitudes that is his principal preoccupation once he leaves the founding era behind. To make the case that the framers endorsed the potential for revolutionary violence, Williams avers that "the origin of the Second Amendment lies with those Anti-Federalists who were dissatisfied with the Constitution's original organization of violence," and that "we should look primarily to their views in interpreting the right to arms" The problem with this argument is that the dominant Federalist majorities in both houses of the First Congress of wrote the amendment, not the minority Anti-Federalists, who had no control, or even influence, over the drafting.

A Senate with twenty Federalists and two Anti-Federalists deleted the key phrase "composed of the body of the people," which immediately followed the familiar "well regulated militia" in the draft proposed by the House of Representatives. Proponents of the "individual right" view of the amendment disparage this revision as editorial sloppiness, but it is more plausible to treat the change as consequential because Federalists no longer believed that an effective militia could be constituted from the whole body of the people.

To give the historical origins of the amendment the unified mythic twist that he prefers, Williams engages in historical myth making of his own, providing an account that does more credit to his rhetorical needs than the evidence warrants.

He could have better argued that the two main views that he ascribes to contemporary debate have been present in American constitutional culture from the outset. Instead, he errs by trying to produce a unified view of the amendment that reads more like an earnest undergraduate effort to balance two competing interpretations than an attempt to sort out the evidentiary claims on which they rest, which is what lawyers, like historians, may be expected to do. If you would like to authenticate using a different subscribed institution that supports Shibboleth authentication or have your own login and password to Project MUSE, click 'Authenticate'.